Six States Sign MoU for Renukaji Dam Project
New Delhi. Chief Minister Shri Ashok Gehlot has requested the Union Government to intervene into the issue of inter-state agreements for distribution of Yamuna waters and ensure that Haryana releases the allocated share of water for Rajasthan from Tajewala headworks. He said that the Haryana Government had not agreed upon this rightful demand of Rajasthan for past 24 years. As a result of this, the huge population of the state in Churu, Jhunjhunun and Sikar districts was not getting water for drinking and irrigation, he said. Similarly, the state was not getting its allocated share of water for Bharatpur district from Okhala headworks, the CM added.

Shri Gehlot stated this, at New Delhi on Friday, during a ceremony for signing of MoU between six states for Renukaji Multipurpose Dam Project. The Union Minister for Water Resources, River Development and Ganga Rejuvenation Shri Nitin Gadkari was also present on this occasion.
The Chief Minister said that Rajasthan was continuously working with Haryana government since 2003 for signing an agreement to take away its allocated share of water from Tajewala headworks as per a 1994 MoU signed between the five states. He demanded that Haryana government should be directed to agree to this MoU so that Rajasthan could get its share of water.

Shri Gehlot said that Rajasthan was not getting its rightful water share even from the Okhala headworks for Bharatpur district. As per the record, the state could get only 40% of its share during past 17 years since allocation. Releasing the lesser amount of water and its illegal exploitation was the reason behind this, he said. He further asked the centre government to direct the Haryana and Uttar Pradesh governments to release the Rajasthan’s share of water and stop its illegal usage in their respective areas.

The CM apprised the Union Minister Shri Gadkari that the objections raised by Madhya Pradesh government on the ambitious Eastern Rajasthan Canal Project (ERCP) were wrong. This project was proposed as per the agreements signed between Rajasthan and Madhya Pradesh in the years 1999 and 2005, he said. He further added that this project would make drinking and irrigation water available for 13 districts of Rajasthan including Jhalawar, Baran, Kota, Bundi, Sawai Madhopur, Ajmer, Tonk, Jaipur, Dausa, Karauli, Alwar, Bharatpur and Dholpur. Thus, he asked for the objections of Madhya Pradesh should be shed away and the Detailed Project Report be immediately approved by the Central Water Commission.

Talking about the Incentivization Scheme for Bridging Irrigation Gap (ISBIG), Shri Gehlot said that in Rajasthan seven centrally-sponsored projects run under the Command Area Development & Water Management (CADWM) of the Central government had been put-off since April 2017. Against these, the new ISBIG project was proposed, but the Centre had not yet issued any guidelines for this. As a result, the farmers had not received any irrigation benefit under this scheme, the CM added.

The Chief Minister said that approval of funds worth Rs. 6,193 crore were pending at the Central government level for irrigation of command areas measuring 6,83,656 hectares under the closed down seven old schemes and 3,05,862 hectares under the newly proposed eight schemes. He said that the Centre should immediately approve the pending funds for these schemes so that the eligible farmers could be benefitted of these schemes. 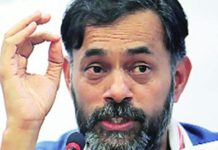 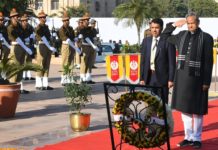 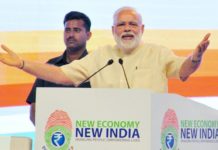 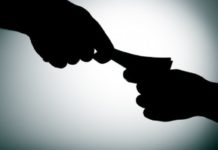 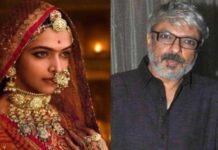 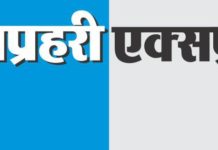